Check Out… A Day In The Life Of A Student! –Click Here 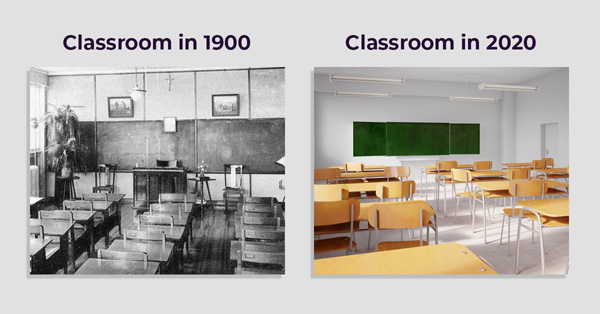 It's time to revolutionize education.

We believe every child is a genius.

We believe our schools can illuminate their genius.

Read a short story from our founder on "our why" - click here.

A message from our founder, Heidi DeCoux.

Several years ago, I did a major renovation project on a large property I had purchased. In addition to the professional tradespeople I’d hired, I used Craigslist to hire a crew of people, all in their early twenties, to help with general labor.

As I got to know the people on my general labor crew, I learned that many of them had similar stories:

While working with the professional tradespeople on my project, these young men witnessed another option that their guidance counselor hadn’t told them about.  They saw that they could be hired for $40k – $60k per year, immediately after attending a short, affordable trade-school program. They could go on to make a six-figure income after only 5 years in the field.

After several months of working together, my house project was complete, and the members of the crew went their separate ways. I was thrilled that some of them did end up attending trade school to become electricians and plumbers. They’re now all gainfully employed, making good livings, doing something they love and that fills them with a sense of purpose and accomplishment.

Another member of the crew, Jesus, was an incredibly sweet guy with an excellent work ethic and a knack for landscaping. I loved having him on the project. Everyone loved working with him.  But his story turned out differently.

That same week that the renovation ended — and Jesus’s employment with me ended — Jesus was also let go from his gas station job, because the owner had sold the gas station and the new owner wanted his family to cover all of the shifts.

So Jesus lost all of his income in just one week.

Not surprisingly, he fell behind on his rent. In a moment of desperation, he attempted to rob the local library with a handgun that wasn’t loaded, got caught, and ended up with a 5-year prison sentence. I was heartbroken when I heard this news.

I thought about the consequences for him. He’ll spend some of the best years of his life in prison, and with a felony on his record, he’ll have even fewer career options when he gets out.

And I thought about the consequences for us. We taxpayers will pay over $100k per year to keep him locked up, and we’ll miss out on having him be a happy, tax-paying, contributing member of our shared society.

And I thought about how this could have been prevented.

While the reasons for Jesus’s struggles were complex and layered, I know that had Jesus had a different schooling experience, his life would look entirely different.

What if he had known his options, had good mentorship, and had the opportunity to get to know himself and how he could move toward the life he wanted?  Instead of being in prison, he could have his own landscaping company, own a home, have a family, and most importantly, be living his best life as a happy and contributing member of society.

And so, I came up with a plan. I called the high school these young men had attended and offered, as a local entrepreneur, to teach a career class. For free. I explained that my class would show students their full range of options, and help them understand and chart a course toward the life they want.

The high school declined my offer. They told me that they provided adequate career counseling to their students. The problem was so glaring.

And right then I decided, if we can’t do this (and other) important work in existing schools, then I’ll have to build a school that we can do this important work in. And so, I founded Illuminated Life School.

Kids spend 40 hours a week at school. It has a huge impact on them, for better or for worse.

Together we can make it… for better.  We can create an environment where kids are seen in their fullness and their potential. We can hire teachers and staff who know how to tend to the wellbeing of the whole person. We can provide resources that help kids understand themselves — what motivates and inspires them, what they’re afraid of, what they want — so that they can make choices in full awareness. We can teach kids critical life skills such as deep financial literacy, communication, problem-solving, how to care for their mental, physical and emotional well-being, and more.  We can create a classroom situation that’s actually based on the current research about what works to help kids learn, instead of just continuing blindly with antiquated methods of instruction that are failing us year after year.

You’re invited to be part of the solution.

Shaking up the status quo is no small task – but together we can do amazing things.

OUR LONG-TERM VISION: The Illuminated Life School Network serves students from birth to graduation in pod schools, physical schools, and with a virtual/homeschool program. Students have the option to move between a physical school and the online academy, as meets their needs.

Right now, we need your donations! Your donation will enable us to launch our Pod School program which will provide full scholarships to Puerto Rican students who are currently lost in an exceptionally dysfunctional public school. Your donation will change the trajectory of a child’s life.

We’re a 501c3 charity and an Act 60 qualifying charity. You’ll receive your tax deduction letter via email within 8 business days.

THANK YOU for coming along the journey with me.

Heidi DeCoux
Founder & President of the Board